SPEAK, THINK, AND DREAM IN ENGLISH 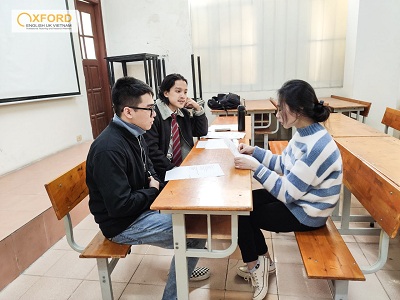 Who is your favorite celebrity in your country?

Do you think we should protect famous people’s privacy?

How do celebrities influence their fans in your country?

Describe a famous person that you admire. You should say:

In general, how do people become famous?

What kinds of people become famous?

Do you think to be famous, a person needs to have some special talent (or ability)?

What are some general qualities of famous people? Do they have any qualities that are different from ordinary people?

Gain a reputation for oneself: Nổi tiếng

Have a head for: Có khả năng làm gì

To be on top of the list: đứng đầu danh sách, được ưu tiên nhất

With the assistance of: với sự trợ giúp của…

Who is your favorite celebrity in your country?

I guess not only me, a number of young people have been highly impressed by her for the past months – H’Hen Nie. She is oure Miss Vietnam. After the beauty contests, she became well-known for her outstanding beauty, her amazing characteristics and also her kindness.

Absolutely. The person I’m gonna talk about is my idol ever since I was a teenager – Miley Cyrus. I guess most people at the same age as me grew up with Disney Channel and among its successful series, Hannah Montanah would always be on top of my list. Although now she’s grown up, I’m still a big fan of her amazing voice and highly inspiring songs.

Well though I’ve never thought about it, I’m pretty sure that rising to stardom would never be one of my life goals. I appreciate all the efforts that the celebrities, no matter which ﬁeld they’re working on, are making every single day. However, I ﬁnd myself not belong to that world, I mean, you never know what’s going on when the curtains close, right? So yeah, I don’t think I want to become a public ﬁgure, to be honest.

Do you think we should protect famous people’s privacy?

Indeed. As you probably can tell, these days fans, anti-fans and even non-fans are so curious about what their bias are doing. Some are aggressive that they mentally attack their bias by leaving bad comments online. Some even approach them in person on the street, especially the so-called paparazzi. Thus I strongly agree that there should be some regulations to protect the celebrities’ privacy.

How do celebrities influence their fans in your country?

I think the influence of celebrities on fans is extensive. It’s somehow natural to follow our bias and try to be like them. At the ﬁrst place it could probably be just physical changes like clothing, hairstyle or makeup. However thanks to social network, fans and idols are much closer now, sometimes it’s just a status away. However this mental connection is a two-edged sword, meaning the idols actually need to be more careful about their lifestyle or their manners.

Describe a famous person that you admire. You should say:

In my to-meet list, there are so many well – respected celebrities whom I am desired to meet and spend time with. However, I would like to share about Pele, who is nicknamed as the greatest soccer player in the Globe. Initially, I really need to kick off with the point that Pele was just 17 when he ﬁrst played in World Cup in Sweden of 1958 for Brazil. Despite his very young age, he was selected as to the national team participating in one of the biggest sports competition on the planet. Back then, he was not the star player but when his teammate was hurt, Pele went into the game. He immediately scored goal and Brazil won the World Cup. With his amazing aptitudes and skills, Pele was feared by other teams. The Brazilian government even named him as a national treasure. It is not doubtful to say that Pele is one of the biggest factors making Brazil’s soccer so well – known. His last World Cup was in Mexico in 1970. Brazil scored 4 goals against Italy to win the World Cup for the third time. Another point that I would like to share is that Pele owns an admirable career that every soccer players crave for. Pele holds many soccer records such as having over 1000 goals in his career. He was nominated athlete of the Century in 1980 and became a member of a Soccer Hall of Fame in 1993. Although he’s now retired from professional competition, Pele is still considered as a great inspiration for soccer players and lovers.

In general, how do people become famous?

In the era of technology, being famous has never been easier. People who have extraordinary skills or abilities /talents in any ﬁeld would be able to become famous with the assistance of the media.

What kinds of people become famous?

In my opinion, there are two kinds of fame that are consistent with two types of people. The ﬁrst type is well-reputed people with admirable skills or dedication to the civilization. They are usually scientists, researchers, athletes, or soldiers spending their lifetime working toward success without the desire to become well-known. The other type is attention/publicity-seeking people, who often are celebrities in the entertainment industry, politicians or those becoming famous overnight.

Do you think to be famous, a person needs to have some special talent (or ability)?

No, I don’t think so. Besides incredible aptitudes, people can also be famous for other qualities such as beauty or charity work.

What are some general qualities of famous people? Do they have any qualities that are different from ordinary people?

The basic benchmark of famous people is special talent or ability, which not so many people can possess. However, there are other qualities which are common that anyone can have such as beauty or kindness because these are not difﬁcult to achieve, for example, undergoing cosmetic surgery or doing charity work.

Nowadays, thanks to the modernization of technology, it takes only a few seconds to change a person’s life. The invention of smart devices, as well as social networking, has made a person famous at one fell swoop whereas, in the past, the only way to be celebrities was appearing on the television or the radio.